The website of Air France’s national mutual society has been hacked by a group claiming to be the Mujahideen in Algeria.

The homepage of the site was momentarily replaced by a red and black screen promising to avenge the “blood” of the “Mujahideen of Algeria”.

In Algeria, the term Mujahideen is used to describe the veterans of the war of independence.

We will not stop hacking

“We represent our Martyrs and our Mujahideen. We will not forget your crimes of the 8 May 1945. We will not stop hacking French web servers,” the page read.

On 8 May 1945, French police fired on local demonstrators at protests, in what are now known as the Setif and Guelma massacres. While the French authorities claimed 1,020 Algerians were killed, different foreign observers stated that up to 45,000 locals may have perished. 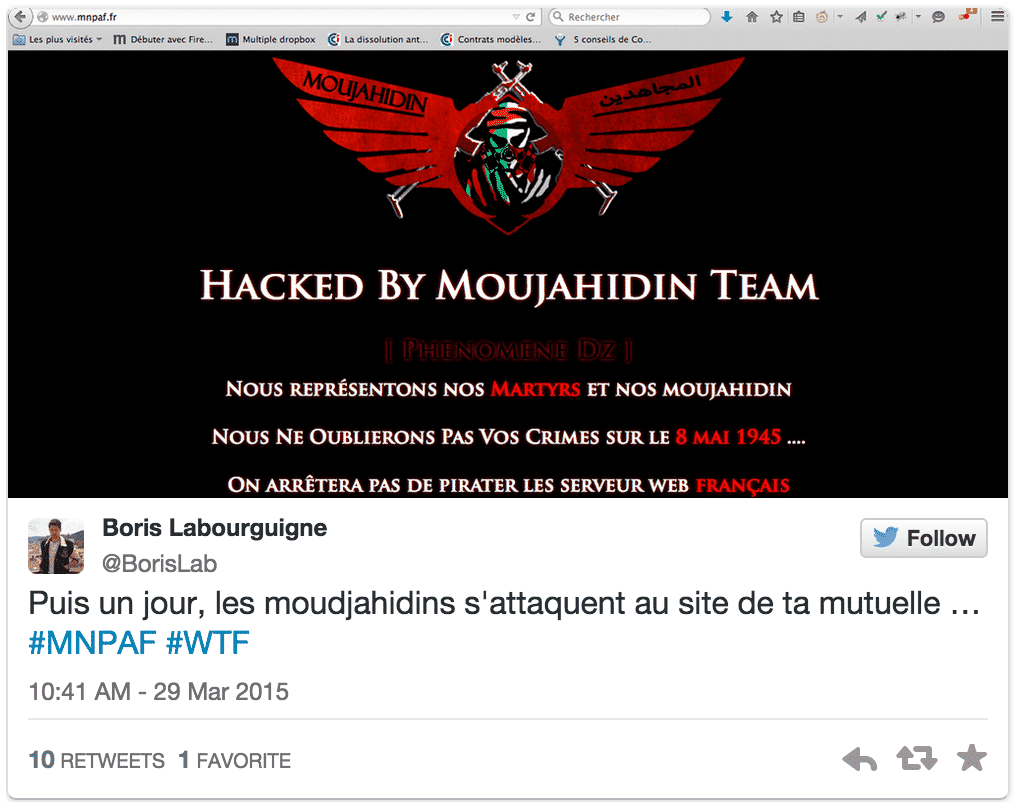 “The site was the victim of defacing [any unauthorised changes made to the appearance of either a single webpage, or an entire site] on its home page,” confirmed the spokeswoman, who explained that this attack had only targeted the site’s home page.

“We realised this in the afternoon (Sunday) and asked the French Network and Information Security Agency to take the website down, which has since been restored.”

Air France has asked the MNPAF web host, “an external service provider to the company”, to launch an investigation, the spokesperson added.