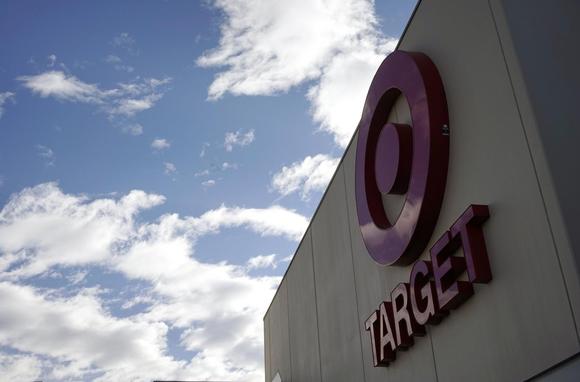 The sign outside a Target store is seen in Arvada, Colorado February 14, 2014.
CREDIT: REUTERS/RICK WILKING
(Reuters) – Trustmark National Bank and Green Bank N.A. have sued security firm Trustwave for damages suffered from the holiday season data breach at Target Corp, accusing the company of failing to identify security gaps, the American Banker reported.
The two banks are seeking damages of more than $5 million and named Trustwave Holdings and Target as defendants, the American Banker said. (link.reuters.com/cas87v)
The banks allege that the vulnerabilities in the Target system were either undetected or ignored by Trustwave, giving hackers access to millions of card accounts and personal records, the report said.
Some 40 million payment card records were stolen from the discount retailer, along with 70 million other records with customer information such as addresses and telephone numbers, during the 2013 holiday shopping season.
Target missed multiple opportunities to thwart the hackers responsible for the unprecedented holiday shopping season data breach, U.S. Senate staffers charged in a committee report released on Tuesday.
The report also said Target gave access to its network to a third-party vendor that did not follow accepted information security practices.
Target faces dozens of potential class-action lawsuits and action from banks that could seek reimbursement for millions of dollars in losses due to fraud and the cost of card replacements.
Target spokeswoman Molly Snyder declined to comment on the American Banker report. Trustwave was not available for comment outside regular business hours.
(Reporting by Arnab Sen in Bangalore and Jim Finkle in Boston; Editing by Gopakumar Warrier)